AN INNOVATION IN AIR TREATMENT

Photocatalysis is the acceleration of a chemical reaction caused by the light spectrum.

Activity occurs when a light source interacts with a semiconductor.

DEC'AIR carries out photocatalysis using UV-A lamps (safe) associated with a Titanium oxide-based catalyst media, the whole being the subject of a patent. It generates a natural reaction under the effect of light by releasing free radicals, thus destroying single, double and triple carbon chains (viruses, bacteria, miscelliums...).

It decomposes bacteria, viruses, spores, etc... but also a wide variety of polluting elements. Its effectiveness on odor-generating molecules makes it possible to obtain an aseptic and pleasant ambient air without the addition of products. It is a self-regenerating system that does not require the addition of chemicals. It is designed for rooms in hot or cold rooms.

The DEC'AIR exists in different colors, you can add a lamp, a support or a shell. It is totally customizable. 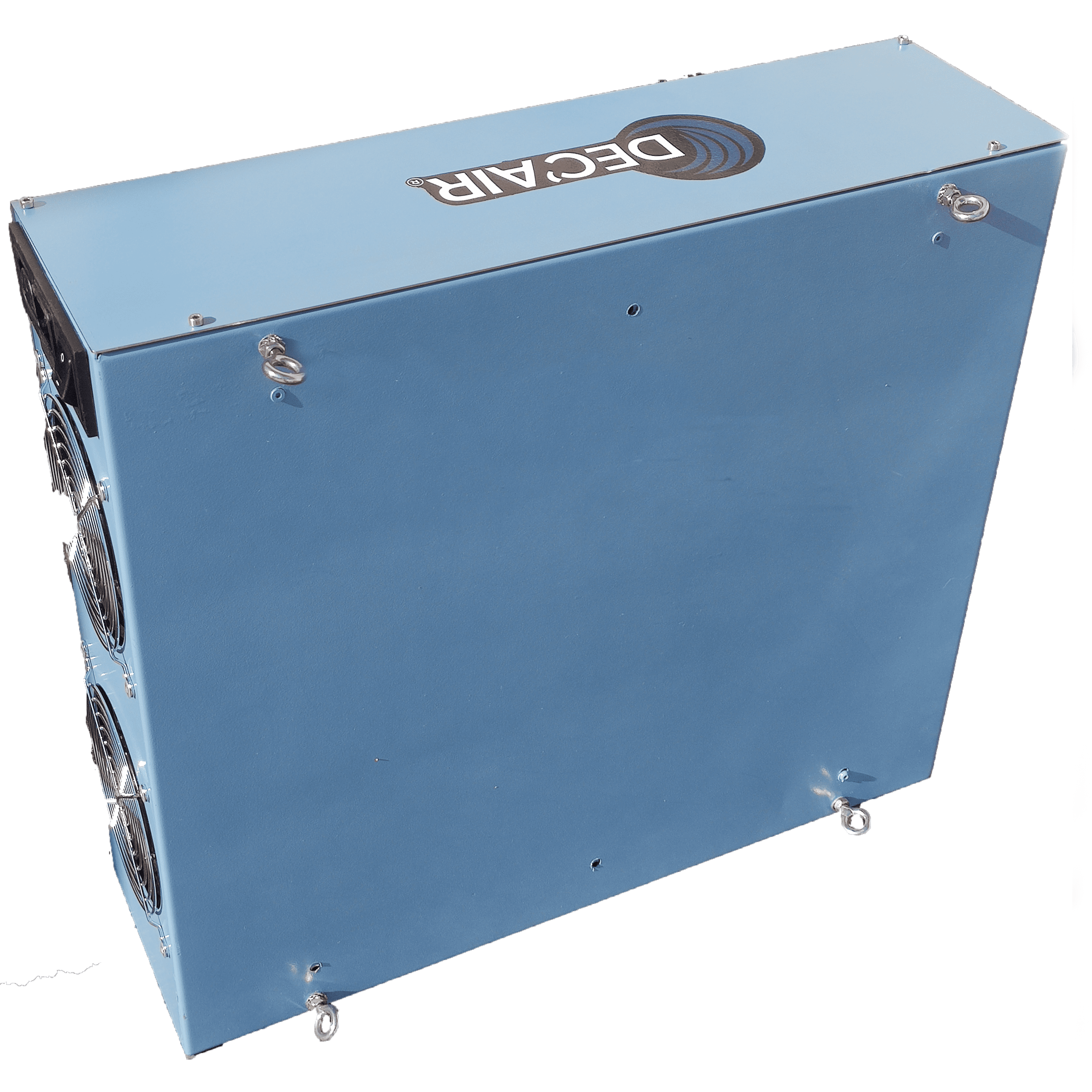